Click on the links below to view the news from that year.

Thanks to the organisers of the copdock show in Ipswich.. I had great day.! Cheers.. #beertime 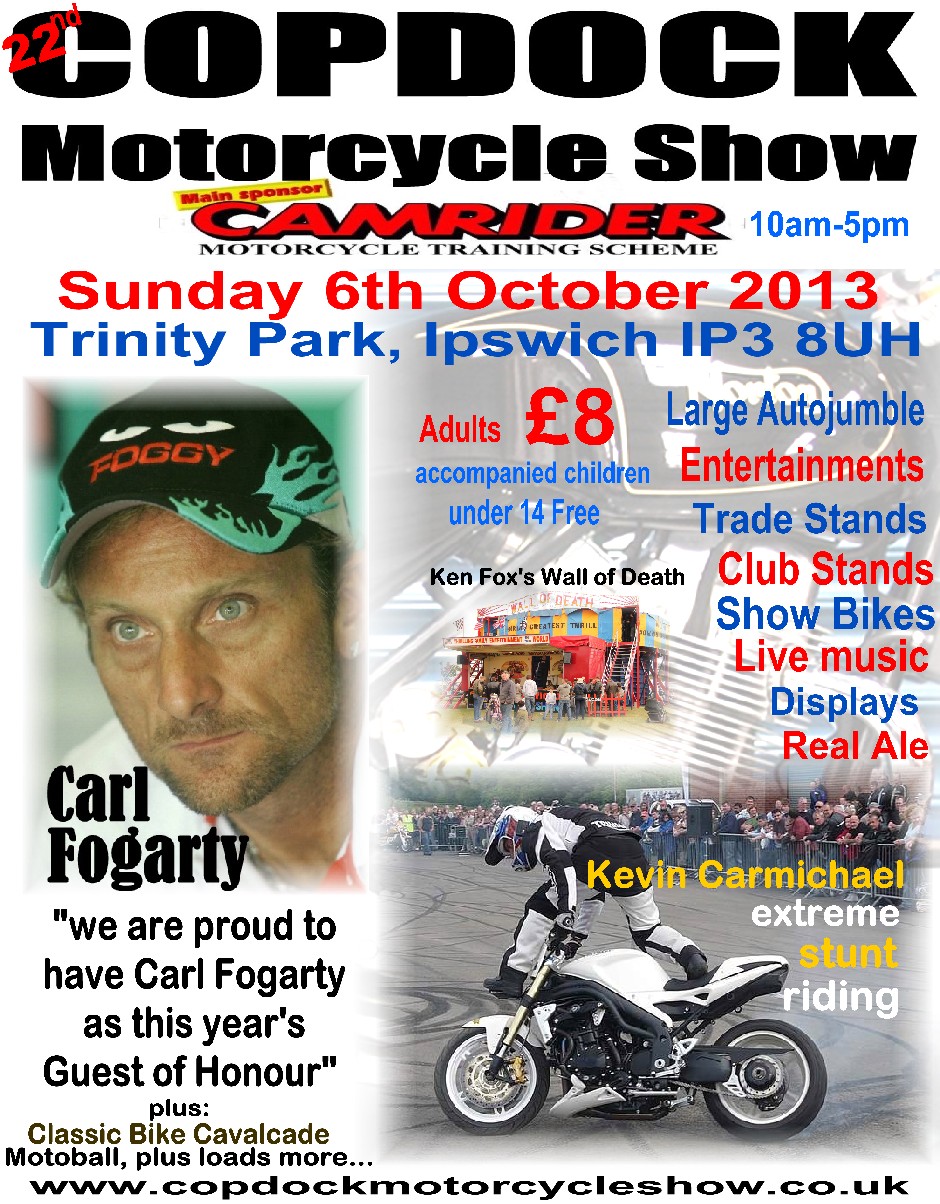 This year at the 22nd the Copdock Motorcycle Show is extremely proud to welcome Carl Fogarty, the legend of World Superbike as our Guest of Honour.